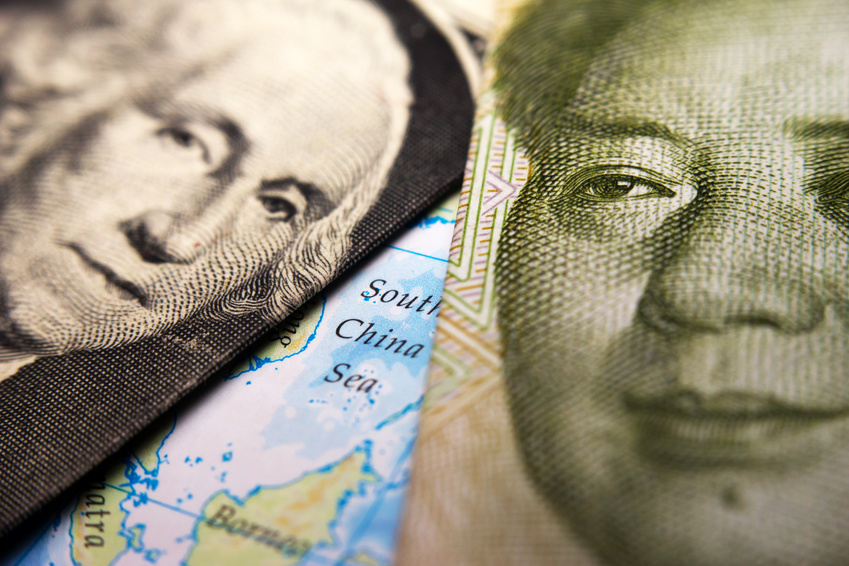 Winds of Change: What to Know About Medical Device Manufacturing in China Today

As I gather my thoughts from my just completed two-week trip to China, the overriding theme is “Big Change.” For those of us familiar with the last 15- 20 years of China manufacturing, this does not take anyone by surprise. This change is occurring on many levels, and in some cases is happening at breakneck speed. Of course, challenges continue to present themselves, and it is how China navigates these challenges that will determine much of their success.

I have been traveling to Chinese manufacturing plants (mostly medical) for over 12 years, and have worked in the Shanghai, Suzhou and Southern China regions. I started my most recent trip in Shanghai and the surrounding area, including Zhejiang Province (southwest of Shanghai province). I visited two mold building facilities as well as some production/molding and assembly plants, producing medical as well as consumer products. I will start with some general statistics and macro-economic statements about the overall economy, the manufacturing sector as a whole, and then more specifically the med device markets. 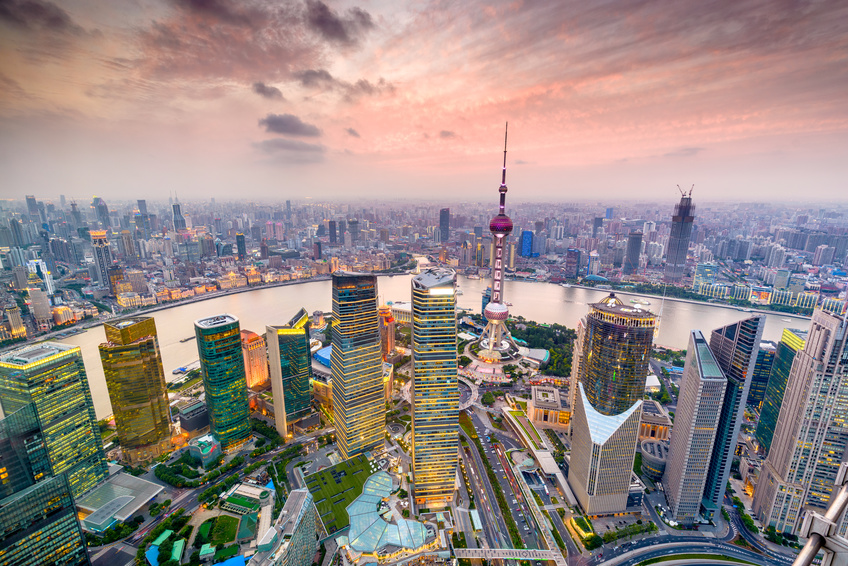 The Need for Speed

When the Chinese government wants to get something done, they can move with a speed that the Western world cannot even imagine. It is estimated that by 2022, over 550 million people in China will be considered middle class. That would make China’s middle class alone big enough to be the third-most populous country in the world. (source: Business Insider) Visiting Shanghai, it is easy to see why China is becoming the largest consumer market in the world. On this trip, I also visited South China’s Pearl River Delta and China’s manufacturing center in Guangdong Province, including Shenzhen, Guangzhou and Dongguan.

Shenzhen continues to amaze and expand on its vision to be one of the top global cities in the world, rivaling other major Chinese cities like Beijing and Shanghai, and even other global cities like London and New York. The central and local governments have a master plan, and continue working to turn Shenzhen into the “Silicon Valley” of the Far East. It is well on its way with Chinese tech powerhouses Huawei, Tencent and Alibaba to name a few, along with a slew of foreign global tech multinationals making Shenzhen their Asia HQ and home. The rapid rise in Shenzhen real estate values – along with this rise in technology companies and shift to a more innovative economy focusing on AI, Robotics, and other high-tech markets in the South – has caused many traditional manufacturing companies to move from the Shenzhen area further up the delta to Dongguan or other cities outside of Shenzhen (with government incentives and encouragement). I visited a 4,000 employee medical device factory that was expanding and relocating its factory from Shenzhen to Dongguan. The sleepy fishing village of 100,000 people a mere 30 odd years ago is not recognizable today as a city of over 24 Million!

A Powerful – and Growing – Global Leader

According to Bloomberg, China’s GDP will overtake the U.S. level in 2028 at current projected average growth rates. Furthermore, the recently announced and greatly touted Chinese-led “Belt and Road Initiative” is driving future policy that will elevate China in the coming decades as a global trading superpower. In fact, CNBC just released researchciting that more and more countries are jumping on board the Belt and Road Initiative, motivated by possible fear of missing out.

China continues to grow its investment in the rest of Far East (including emerging economies) such as Southeast Asia, South America and Africa. Of course, their appetite for U.S. and EU assets is also evident in the number of cross-border investments and M&A activity, though some of the more recent big deals have been thwarted by regulators (example: Ant Financial’s – Alibaba – attempted purchase of MoneyGram was blocked for national security reasons). We should see more of this.

The central government is continuing to limit the amount of manufacturing within the city limits in Shanghai as real estate continues to appreciate, albeit at a slightly slower pace. Suzhou is also beginning to limit and encourage the movement of manufacturing to lower cost areas, such as Zhejiang Province, while still being close enough to the labor force and population centers.

From double digit increase in wages in 2014, 2015, the wage increase has slowed to 4 to 5% annually, and varies slightly from province to province. These wage increases are controlled by the central government.

With rising wages and increase in social compliance costs throughout the manufacturing sector, China has inevitably embraced industrial automation in a big way.

China wants to trade in its “low cost labor” label for one of a technological leader. Starting in 2015, China embarked with a national 10-year plan entitled “Made in China 2025.”  With this plan, the country is aiming to become one of the top technological industrial nations within just a few years. However, in order to achieve Beijing’s target of a robot density of 150 units by 2020, some 600,000 to 650,000 new industrial robots will have to be installed throughout China.

By comparison, around 254,000 units were sold in the global market during 2015. An International Federation of Robots report shows that China will likely represent 40 percent of the total worldwide sales for robots by 2019, an increase from 27 percent in 2015. This was certainly evident throughout my trip, as the amount of automation and semi-automation – from sophisticated high-speed systems to simpler semi-automation used and being added to operations – was clearly visible. Much of the automation is being locally sourced and built by Chinese companies while they may be using Japanese, U.S. or German components from such giants as FANUC, ABB, and KUKA. They are quickly building some of the best automation globally with an intense focus on this market. Costs can sometimes be 50% below automation from EU or the U.S. You are hard pressed to find any molding machines running without some form of robotics, even if a simple picker. This was not the case even 5 years ago. 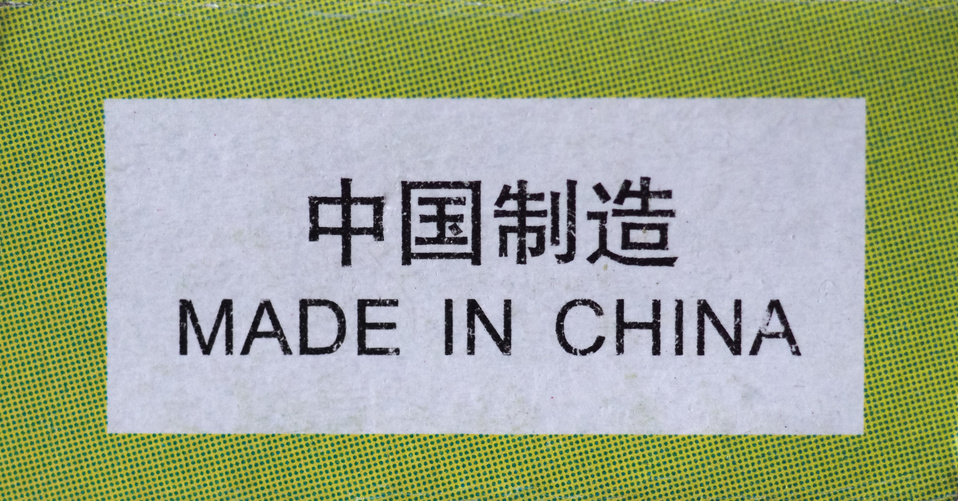 China’s domestic medical market continues to experience almost double-digit growth, while some specific market segments – like dental, vision and cardiology, to name a few – exceed double digits. As more and more Chinese gain access to healthcare, China’s growth in medical spending will continue to outpace most other nations for the foreseeable future.

Medical factories are no exception as they also continue to automate at record pace, making gains in both efficiency and quality. Many factories are also beginning to serve the local markets in addition to exports. The Chinese government is encouraging the purchase of locally-sourced medical devices whenever possible. The deployment of LEAN and lean manufacturing is growing and now visible in most medical operations. The use of consultants is also very new and growing in the quality, operational and strategic areas.

Factory Labor – Not as Ubiquitous as it Once Was

Some of the headwinds facing manufacturers in China is, surprisingly, a tight labor market. With more options than ever, fewer Chinese in general, and even less Chinese millennials, want to work in factories. Similar to the U.S., people are preferring work in other occupations. Add to that the recently abandoned “one-child policy” that was in place for over two decades, and you have a serious issue with labor force. China is continuing to encourage manufacturers to look to secondary and tertiary cities in the Western parts of China where labor is more available. I also believe China will need to look at its immigration policies in the upcoming years to address some of this.

Wages continue to rise faster than most of their western counterparts, while worker retention has become more of a focus. Medical device factories face similar increases as other factories. One factory owner I spoke to was paying ½ of the annual employee bonus after the upcoming Chinese New year. This was his first time doing this as a tactic to lure line workers and laborers back to work after visiting their hometowns over the 2-week break when most factories go dark. Other factories are deploying similar tactics and other retention bonus schemes. Management positions do not usually face this same issue.

China’s regulatory environment also continues to strengthen and is modernizing and adding reviewers at a very fast pace. Generally speaking, they are attempting to follow similar regulatory pathways and classifications as the U.S. and other Western nations, with some differences. They are also trying to make it faster and easier to get approvals and to perform clinical trials. China is growing very rapidly in this regard, and we should soon see this develop where companies begin to launch new products in China before attempting to do so in U.S. and EU markets. China is also becoming more serious about IP protections and understands it must get serious in this area in order to become a leading destination for design, development and innovation.

I would be remiss if I did not mention the environmental changes. President Xi Jinping has made a serious commitment to improve the environment – especially the air and water quality – in upcoming years. Some factory owners mentioned the new regulations, and in some cases the regulations seem to exceed those of even more developed economies. For example, a medical plastics factory is treated the same as a chemical or plating factory. I believe this will get sorted out as they look to the West to benchmark better and more appropriate and effective environmental legislation without stifling business.

While I was in china there were two “severe” air quality days in Shanghai and one in Shenzhen. While some locals do say they see improvements, they also say it will take time. Over the 12+ years I have been visiting Asia, I see a slight improvement but certainly see the efforts and strides they are making in this area. Limiting vehicles in the city limits and mandating all electric taxis and cars in Bejing and Shanghai city centers by 2025 are some of the more progressive measures China is taking. Also, there is a major push in renewable and alternate sources of energy (moving away from coal). With their growing and insatiable need for power, this is no easy task and will not happen overnight.

China continues to evolve. Its manufacturing sector is still in its infancy compared to Europe or the U.S. With continued ~7% continued GDP growth for the foreseeable future, the Chinese economy is one to take very seriously.

As I head to MD+M in California next week, it will be interesting to see and hear from domestic U.S. manufacturers what some of the key similarities and differences are with their Chinese counterparts.