“BCS tackled a very difficult problem for us and completely turned around a failing manufacturing operation. They helped us source and transfer to a new contract manufacturer in record time. Their attention to detail, network, speed, and expertise made it possible for us to not only rescue a failing program but to help position Vascular Pathways as an attractive acquisition target.” 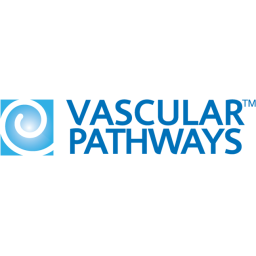 Vascular Pathways volumes were increasing but their contract manufacturer’s Mexico site was having difficulty achieving their production goals.  It was a critical time for Vascular Pathways as they were in the process of launching a next gen product that the company believed would make them an attractive acquisition target to a large medical device OEM.  There was significant pressure from their investors to hit production numbers and have a successful next gen product launch.

It was clear Vascular Pathways was not getting the same support from their CM as larger OEM customers.  The CM’s multinational OEM customers demanded priority, and they had few resources to dedicate to a start-up OEM.

How Did BCS Help?

After assessing the situation, BCS determined that this program still required significant engineering resources and that by bringing manufacturing back to the U.S. from Mexico, the benefits would far outweigh any potential cost savings of manufacturing in Mexico.

The new contract manufacturer (CM) had a talented — but very young —engineering staff with limited experience. Furthermore, they did not have any experience manufacturing a complex, 25 component finished assembly involving adhesives, leak testing, needles, springs and managing the purchased components.

To help mitigate these weaknesses and risks, Vascular Pathways chose to engage external resources from BCS to act as the organization’s on-site eyes, ears and hands and to engage on-going and successfully project manage the transition to the new CM.

Learn more about this project and lessons learned in this article for Medical Design & Outsourcing by BCS managing director, John Thomas: “Bringing Medical Device Manufacturing Back to the U.S.: Here’s How It’s Done.”

Results
The success of this project enabled Vascular Pathways to become an attractive target to a large medical device OEM— Bard (now part of Becton Dickinson) — who subsequently acquired the business.

Service Highlights
The assignment lasted approximately six months with BCS providing engineering and project management, supporting the transfer of the existing production and the launch and scale up of the next generation product line.